Baba was in a mood for some light soup tonight.. “With chicken and vegetables”, he said. So made this.. Was light (was almost broth like) on one hand and wholesome on the other (with the finely cut vegetables and chicken) and a hint of burnt garlic. As usual, trying at a graphical representation of the recipe followed. Bon Apetit!

Finely cut chicken breast, carrots, french beans, mushrooms, onions, ginger and garlic. Make a broth of chicken bones with some flesh, ginger, one bay leaf and whole black peppers. Fry the finely cut chicken breast with some onions and garlic. Add the vegetables to this.. Fry for some time and add the chicken broth. Boil n simmer for some time. Garnish with some fresh coriander leaves and a dash of lemon. Couple this with some good quality toasted garlic bread and you are done!! As an afterthought later on (i had a noodle/carb craving much later in the night) .. I added some noodles to it (I used Maggi Noodles without the tastemaker since it cooks in 2 mins).. It came out yummmyy.. Yummier than just the soup. 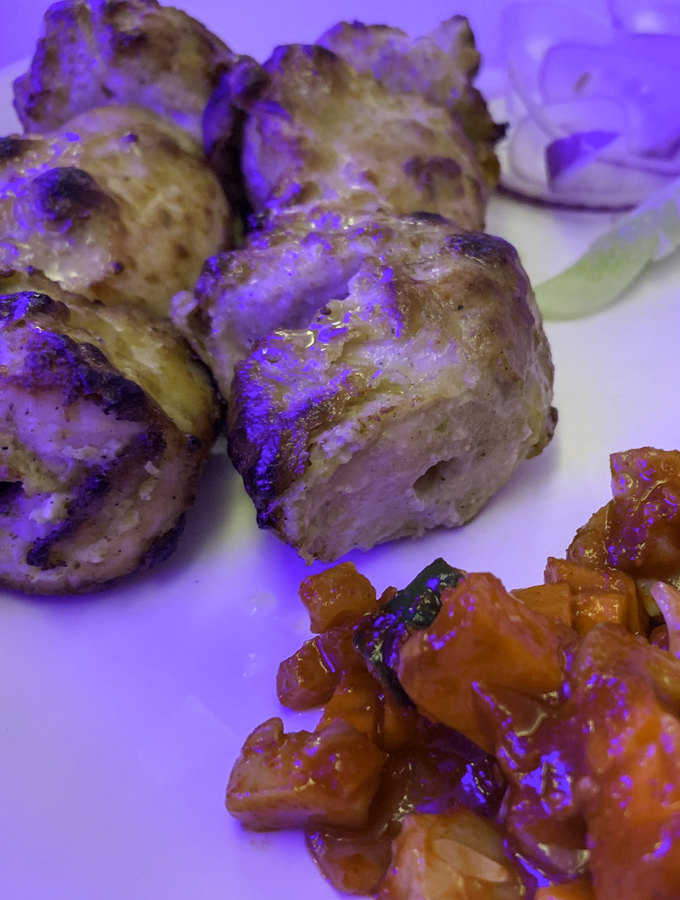